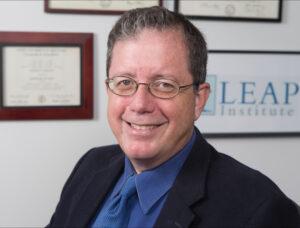 Dr. Xavier Amador is an internationally renowned clinical psychologist and leader in his field. His books, published clinical research, worldwide speaking tours and extensive work in schizophrenia, bipolar and other disorders have been translated into 30 languages. He is also the CEO of the Henry Amador Center on Anosognosia and a family caregiver of two close relatives with serious mental illness.

Author of many popular books including I am Right, You’re Wrong, Now What?; I am Not Sick, I Don’t Need Help!; and, When Someone You Love is Depressed: How to help without losing yourself; Dr. Amador draws on thirty years of experience as a therapist, his personal story, and published scientific research when giving advice.

His work as a leading individual, family, child and couples’ therapist has been featured on PBS NOVA, ABC Prime Time Live, and NBC Bravo where he has been filmed doing psychotherapy with couples and individuals.

From 1989 to 2002, Dr. Amador was on the medical school faculty at Columbia University College of Physicians and Surgeons. In 2002 Dr. Amador resigned a tenured faculty position at Columbia University and as Director of Psychology at the New York State Psychiatric Institute to honor his commitment to families that asked him to help educate mental health practitioners, family caregivers, and others about anosognosia and science-based practices proven to help persons with serious mental illness.

Dr. Amador was not only keeping a promise he made but also responding to his frustration as a clinical researcher who saw much needed knowledge stranded in professional journals rather than in the hands of clinicians, families, law enforcement, judges and legislators attempting to address the needs of persons with severe and persistent mental illness.

At that time he was appointed Director, Center for Research Education and Practice at the National Alliance on Mental Illness (NAMI) where he founded NAMI’s Scientific Council, nationally launched Family to Family, Peer to Peer and In Our Own Voices as well as NAMI’s national initiative on Assertive Community Treatment. After his tenure on staff he resigned to serve on the Board of Directors at NAMI.

His expertise has been called upon by government, industry and the broadcast and print media where he has appeared as a frequent expert for CNN, ABC News, NBC News, NBC Today Show Fox News Channel, CBS 60 Minutes, New York Times, Washington Post, USA Today, Cosmo, Wall Street Journal and many other national and international news outlets.

He is the Founder of the LEAP Institute.

By clicking this link you acknowledge that you are leaving the LEAP Institute website owned by LEAP Associates, LLC.